Scubadive West cordially invites you and your friends to a special screening of ‘End of the Line’; a major documentary film highlighting the desperate impact of overfishing on our oceans. This brave and moving documentary was debuted in 2009 at the prestigious ‘Sundance Film Festival’. It has since being universally lauded  for its raw portrayal of the damage humans are inflicting on the world’s fish stocks and ultimately the future, or lack there of our oceans.

Scubadive West will host a special screening of ‘End of the Line’ on Saturday 5th June @ 7pm, after the day’s diving activities.  A discussion panel will immediately follow the film, and refreshments will be served.  Please see below for your invitation. 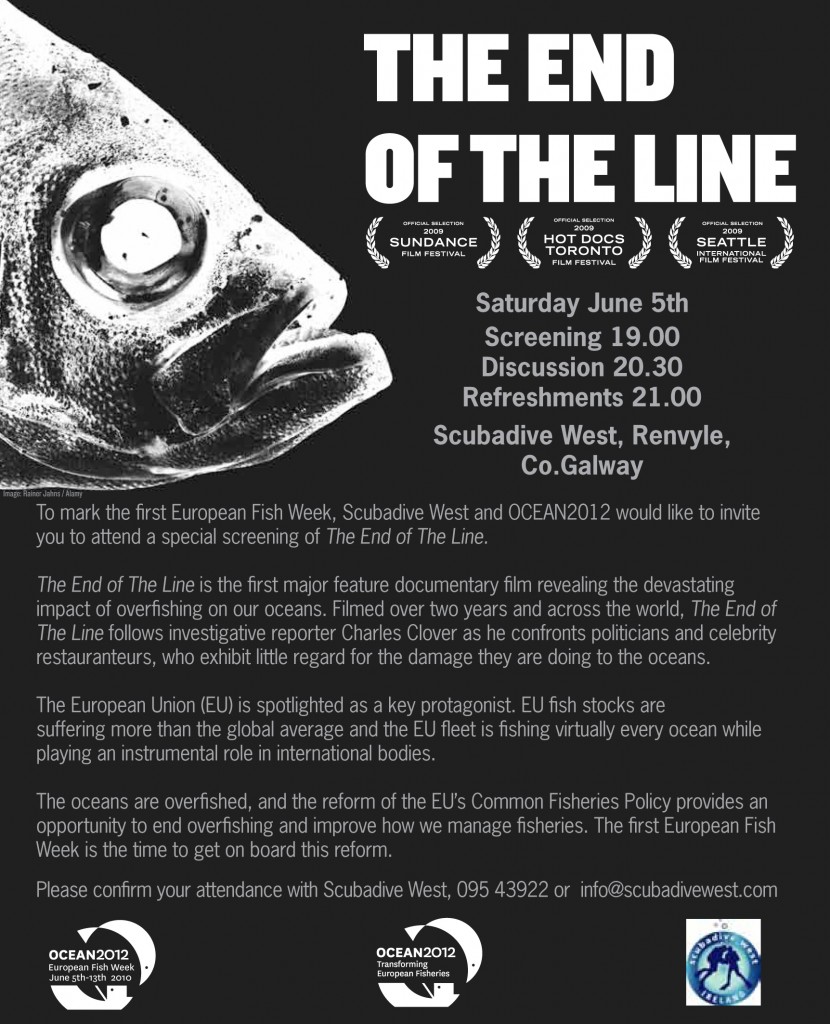 'End of the Line', Invitation