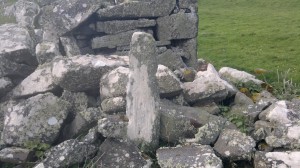 ‘The Island of the Two Shrines’, was the landing place for our Local Adventure Day Trip yesterday.  Crump Island is steeped in early Christian history and with many fascinating sites it was ideal for some exploring over a relaxing lunchtime break  between our two lovely dives.  A small 8th century oratory believed to be that of  St. Aenghus is clearly visible, though no doubt suffererd extensive damage by 9th century viking raiders. 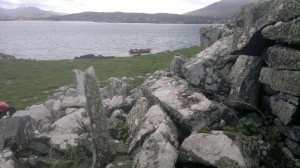 The east end of building and graveyard in the foreground with a cross or headstone still standing, and the modern day ‘raiding’ vessel in the background. Thankfully this place lies undisturbed now and the very few modern day visitors take only memories. 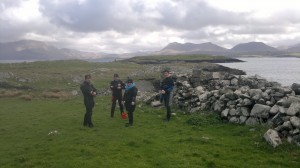 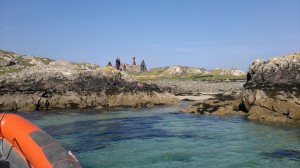