Look for the Moon setting in the Western sky each morning as we go through the September Equinox. 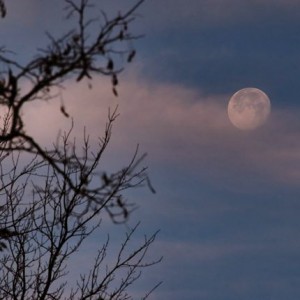 The Northern Hemisphere’s full Harvest Moon has passed.  The moon is in a waning gibbous phase, which means it will rise in the East later each evening. If you look East before going to bed tonight you will see the moon over the eastern horizon. Then look West after sunrise tomorrow, the day of the equinox, to see the daytime moon over your western horizon. The moon will set later and later each morning over the course of the week.

There are two equinoxes every year – in September and March – when the sun shines directly on the equator and the length of day and night is almost equal. Seasons are opposite on either side of the equator, so September is also known as the Autumnal Equinox in the northern hemisphere. However, in the southern hemisphere, it’s known as the Spring Equinox.

The Earth’s postion during the September Equinox.

The moon setting this morning over Killary Fjord.