THE ISLAND AT THE END OF THE EARTH

A feature from Ryanair’s In flight magazine. 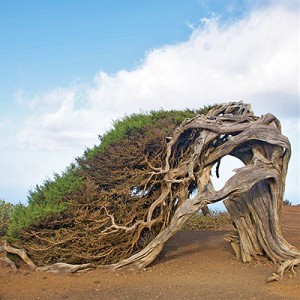 EL SABINAR
The wild, windswept juniper grove on La Dehesa plateau is a remarkable sight.  Sculpted by centuries of vicious northeasterly winds, the juniper (in Spanish, sabina) trees have been twisted by gales, sending vertical growth spiralling out of control.

A long time ago, before Columbus found America in 1492, El Hierro – the smallest and least developed of the Canary Islands – was considered to be the western edge of the known world. Even now, despite being just a short boat or plane ride away from the thumping resorts of Tenerife, the sense of remoteness is palpable. There are almost no tourists, just a few bars and restaurants, and non-Spanish languages are barely spoken. Instead, there’s a dramatic, untouched landscape, a true Canarian culture and that rare sense of genuine tranquility that can’t be faked. Not bad for the end of the earth. Words and pictures by Aaron Millar 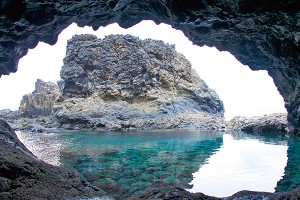 CHARCO AZUL
What it lacks in good swimming beaches, El Hierro makes up for in natural sea pools, sheltered by volcanic rock, which are perfect for a dip. The best is El Charco Azul, near La Frontera. floating here in warm turquoise water, surrounded by cold crashing waves, is like swimming in the eye of a storm. 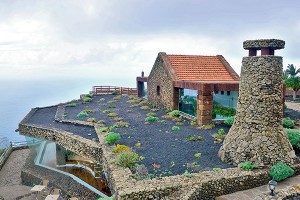 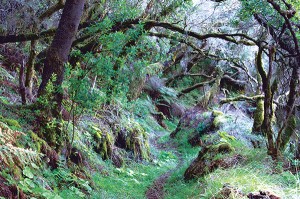 LAURISILVA FORESTS
With the entire island having been declared a UNESCO Biosphere Reserve in 2000, you’d expect diversity – and El Hierro delivers. It’s almost a world in miniature, with cliffs of black pumice lava and moonlike volcanic highlands, wide pastures, rich plantations of fig, pine and almond trees, and the eerily enchanting laurisilva (laurel) forests of the higher areas. These relics of the Tertiary Era are bursting with neon-green moss, webs of dripping lichen and tangled tree limbs clambering for light. 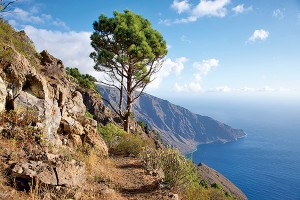 THE BAJADA PILGRIMAGE TRAIL
Every four years El Hierro is gripped by a remarkable fiesta – The Bajada de la Virgen. Accompanied by traditional music, costume and dancing, the islanders make a pilgrimage to transport a statue of the Virgin Mary 18 miles, from La Dehesa to the capital, Valverde, across the mountainous interior. mirroring this spectacular journey via the network of hiking trails is a great way to see the island. Try atlantidea.net for tours. 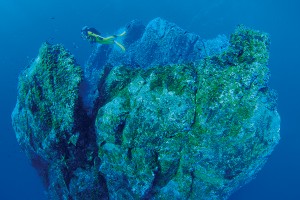 UNDER THE SEA
El Hierro may be relatively unknown to tourists, but divers have been raving about its high-visibility waters for years. Off the small fishing village of La Restinga, on the island’s southernmost tip, is a marine reserve where advanced practitioners can explore deep underwater caves and walls covered with coral and swarming with fish. There’re also Manta Rays and the occasional Hammerhead Shark. island-divers.com 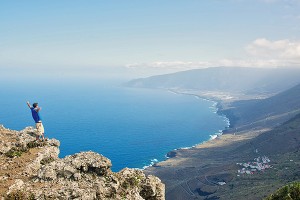 MALPASO PEAK
From the 1,500m summit of Malpaso, the island’s highest peak, it’s possible to see the coastline of Tenerife, about 120km away. But the best view is below your feet, 1,000m down, to the El Golfo valley, a natural amphitheatre filled with whitewashed villages, vineyards and pineapple plantations. Drive to Cruz de los Reyes and it’s only a 15-minute climb to the view. 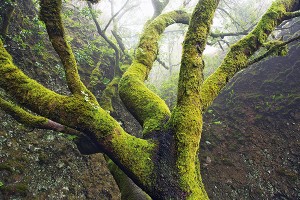 El GAROÉ
Symbol of El Hierro, the Garoé tree represents the Bimbache people’s ingenious solution to drought. Clouds leave tiny drops of water on the Garoé, and the Bimbache were able to survive by digging holes in the soil beneath the dripping trees and simply waiting for
them to fill.

Next Departure for El Hierro is 24th March.

for further information and to book email info@scubadivewest.com