We hope that you are enjoying RTE’s wildlife series ‘Ireland’s Ocean’ as much as we are!

The four part series airs on Sunday evenings at 6:30pm on RTE 1.

Last nights episode focussed on life that inhabits the shallows and it was possibly the most relevant an informative for us as divers. Ken O Sullivan’s underwater footage is spectacular as ever, and much of it was filmed here at Scubadive West.

If (like us) you were too busy diving yesterday, you can catch up with programme 3 and all previous episodes via the RTE Player. 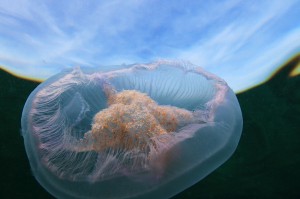 PROGRAMME 3 – LIFE IN THE SHALLOWS

The shallow seas around Ireland are some of the most fertile on Earth. Storms churn up nutrients from the sea floor which combine with sunlight to create a fertile and abundant ecosystem. Filmed during the late winter of 2013, when the largest ocean
storms on our planet hit the West coast of Ireland, we witness massive ocean swells crashing into our coast and look at their impact underwater.

The programme shows the abundance of life from microscopic plankton to the myriad of small colourful creatures and their inter-dependence.

We encountering thousands of breeding jellyfish off the Kerry coast in a scene never before filmed in Irish waters.

Dr. Cillian Roden outlines the potential impact of nitrate run-off from land to sea and
we see how invasive seaweeds are threatening areas of our coastal waters. 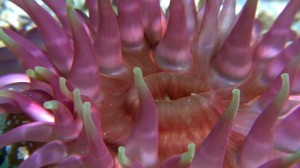